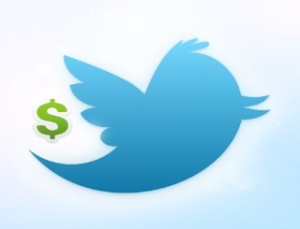 It’s a tough social selling world out there … well, not really, if you are doing it right! Selling quotas are getting tougher and tougher to meet. And, many buyers feel that companies and sales executives are undistinguishable. So, there has to be a way to cut through the clutter!

There are many sales executives that are making quota just fine. Well, so were the reps back in the day before cell phones and tablet computers. Those easy days of easily  making quota are numbered. Especially, when research tells us that the tried and true ways of scraping LinkedIn for leads and hounding prospects with phone calls and emails might be long gone!

Just this week I received 5 best-practice Tweets that engaged me in a way that caused or will cause a response.

1. Say Thank You With Twitter. @InsideView used my Twitter handle to say thank you with a Reply and to start a connection. They may have found out that I used a phony phone number and had no other way to connect with me, but they certainly got my attention with their Tweet!

2. Ask An Open-ended Question To Get Your Prospect’s Attention. I have been swamped over the last few weeks and could not prioritize a proposal from @PeopleBrowsr / @Kred. PeopleBrowser’s VP, Travis Wallis, connected with me using an open-ended question about an off-topic talking point. This got my attention! Nice subtle and best-practice touch! Love it. I have now prioritized his call for this week.

3. Comment on Someone’s Blog. Joan Stewart (@PublicityHound) did a “social-selling two-step” by leaving a comment on my blog post and then Tweeting me about it! She opened up a line of communication where none existed before.

4. Retweet Your Prospect To Get Their Attention. Back to @PeopleBrowsr / @Kred, when I answered @TravisWallis’s tweet, which showed him that I was still alive! He paid off the answer by retweeting to his 44,000+ followers. Now that’s a nice present for someone like me, who is building his Twitter base. That “payoff” makes me mentally commit even more!

5. Write Content About A Prospect. @LindaDessau runs a wonderful blog and business at www.contentmasteryguide.com. For the second time this month I was named as one of her “Twitter Tricks”. She’s now on my radar, and I am helping her sell her services by talking about her… and I do recommend to everyone!

Have you seen a great social selling Tweet? Please share and let’s grow the social selling tribe! If you are a little shy, then send your input to me directly at MarketingThink.com or tweet it to me @GerryMoran.

Looking for more social selling tips? Here are some that will help you:

So, put down that phone and think about how you can connect with your prospect and customer a little differently and more effectively! I hope that you found these five samples of social selling Tweets inspiring. I sure did, since I reacted to each of them!