How SAP Got Its Social Media Act Together

This article first appeared on Citeworld.com and was authored by Ron Miller.

Businesses are flocking to social media today because they understand at some level that customers are there and they need to be there with them. But there’s always been a sticky question about return on investment in social media and whether it drives sales. 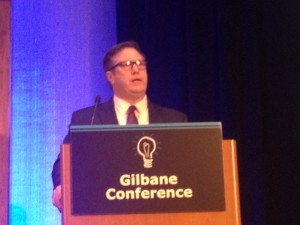 As Moran put it, we’re all in the business selling stuff and any social media effort has to be geared toward that ultimate goal. David Meerman Scott, who has been preaching about the value of social media and content marketing for years, and who wrote the seminal book on content marketing, The New Rules of Marketing and PR, also recognizes that it comes down to how the business is doing.

In video interview from earlier this year on measuring the ROI of social media, Scott had this to say. “Fundamentally, the most important thing is how is your business doing? Are you making sales? Are you driving revenue? Is your business growing? Are you keeping the customers you have? And there’s no doubt that social media can help to do that. The challenge is how do marketers actually measure that?”

Moran says it takes a seat at the table, and he says his social media team has earned that at SAP over the past two years. It started out just as him — the situation was “the wild west” — but as he has shown his value, his team has now grown to eight people in a short time. Now they are partners with sales and marketing.

“We have a plan. We work with the sales force. We have people whose job is to be sellers of stuff. How do we put content in their hands and repurpose it for them and their needs?” Moran asked. .

Moran recognizes that buyers are doing research and making decisions before they ever contact a salesperson. Part of his team’s job is to find a way to get into that conversation the buyer is having on social media because that’s where the buying journey really takes place.

Ultimately, Moran explained, “Content is key,” but it requires a plan. “Think of it as a subway map. Connections [require] a solid set of rails. If they aren’t connected, you won’t deliver content  to the right contact at right time.” And it’s important to understand the connection between content and social media and how they can drive one another.

For SAP, that meant ending the fragmented approach they had been using in their social media efforts and bringing it in-house. “At beginning we had 10 agencies running social media. It didn’t work,” he explained. And he didn’t just have a willy-nilly approach to social where he tried to do it all at once. Instead, he took a slow approach and set up a framework. “We set up rigor, governance, and roles and responsibilities to get those messages out,” Moran explained.

With a framework in place, Moran said they needed to earn a place at the planning table. Based on the goals and objectives of the sales and marketing process, they decided what content they would create and what the goals of that content would be. Moran explained that you need to understand what you want the customer to do and it becomes simpler to create social media and content campaigns around that goal.

“Social media plays a big role in awareness and engagement. When you see how social media fits in, it becomes much easier to manage its effects,” he told the audience.

Scott says you how measure success in this type of effort is dramatically different from how marketers measured success in the offline world. Instead of measuring how many people came to your tradeshow booth or replied to your direct mail, you need to measure forms of engagement, such as how high your company appears in the search engine results for key words and phrases, how many bloggers are talking about you and what are they saying, how many people are talking about your company and sharing your content on social networks, and and how many people are accessing your content.

“Every one of these little small things builds a business’s presence online to the point [where] all of a sudden they are becoming the biggest player online, and fundamentally if you’re big online, you’re big. Because that’s how people solve problems today, they go to Google and they ask their friends on social media.”

And Moran shared some data points in his Gilbane presentation that back this up. Eighty-nine percent of buyers begin the buyer journey in a search engine, and 75 percent use social media to support their research efforts.

Moran says his team is trying to create demand with content and find ways to measure how that relates back to leads and sales. “Where do blog page views come in? Where do tweets come in? And we begin to see the connections between these things and conversion. We measure each part of the way and how that has an impact on conversion,” he said.

How each organization measures success is probably going to be a little different, but as Scott and Moran explained, at the end of the day, it always comes down to the bottom line, and if you can tune your social media and content marketing to drive sales, you are going to be successful.